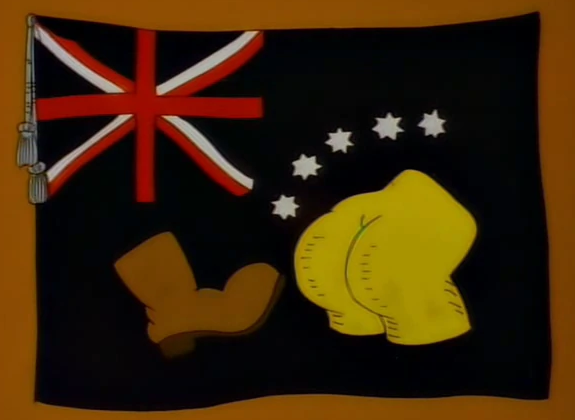 If there’s one word to describe the period during State of Origin where NRL clubs are missing multiple players due to representative duties, it’s illegitimate inconsequential. Results don’t have much meaning, some fanbases have been telling me.

Given the lack of significance of on field action, this week is the perfect time for what may be the most inconsequential set of statistics on the Eye Test today. The Rugby League Eye Test was founded on inconsequential statistics. It’s right there under the site name, I wouldn’t lie to you, would I?

For Round 14 we’re looking at the distribution of colours of brands of boots worn by NRL players. I warned you it was inconsequential. After seeing the fantastic player exclusive designs for indigenous round recently, it had me thinking about what boot brands were the most popular among NRL players and who had the highest share.

For Round 14 we’re looking at the distribution of colours of brands of boots worn by NRL players. I warned you it was inconsequential. After seeing the fantastic player exclusive designs across multiple brands for indigenous round recently, it had me thinking about what boot brands were the most popular among NRL players and who had the highest share.

First up, the methodology. I went through every game from Round 14  and coded every player for the brand and general colourway of their boots. In some cases, I was able to get the 18th man for teams, whether they played or not, such as seeing Kyle Flanagan in the Bulldogs dressing room sporting a pair of black Adidas.

For colourways I’ve grouped them as predominately white, predominately black, and other. If I had unlimited time, I’d have put the actual majority colour down in the other field, but given they’re mostly tied to what colourway the manufacturer is releasing this season – Nike has some pink and orange models, while Asics has blue and neon green, for example – it wouldn’t be much more of an extension of brand of boot. Unfortunately for the outraged Boomers who read this site and wanted to know how many players you need to complain about because they wear pink boots, you might be disappointed.

Finally, a general disclaimer, there may (and probably are) mistakes in this data collection. The largest issue was trying to spot the brand of all black boots during day games as cameras adjusted between light and shaded parts of the pitch.

On to the brands. There were 277 players whose boots I could identify in Round 14, with six brands on field during Round 14 – Adidas, Asics, Puma, Nike, X-Blades and Concave.

Of those 277, just three players wore something other than the big four brands – Ben Hunt and Jake Granville in Concave, and Luciano Leilua in X-Blades.That means that those big four brands had 99% share of players last weekend. Here’s the share of NRL players by brand for Round 14.

Asics takes first place with nearly 43% of players wearing their boots, ahead of Nike (26%), Puma (19%) and Adidas (12%). No sign of New Balance or Under Armor, not that I expected them to have much of a showing.

As mentioned above, X-Blades had just the one player on field, Luciano Leilua. They do claim to have five players on board currently, with Luciano’s brother Joseph, Ben Hunt, Jake Trbojevic and Tyson Frizell also listed. Hunt as noted above wore Concave against the Bulldogs, Trbojevic wore Asics, which indicates that page might be out of date.

From a larger brand perspective, how does the NRL spread of brands compare globally? I’m already time poor, so manually capturing Super League data is out of the question. Luckily, French football site Footpack did a study in March-April of 2020 of 2,500+ football players to see which brands were the most popular. Obviously, there are differences between football and rugby league, but these brands play in the same place, and you would think there would be some similarities.

Across the five big European football leagues, Nike takes the top spot in all of them. Their share ranges from 56% in La Liga (Spain) down to 47% in Ligue 1 (France). Adidas was generally second with about 37-40% share, with Puma third in single figures. Every other brand sat under 1%, including Asics, Under Armor and New Balance.

90% of football players in those five leagues wore Nike or Adidas, and 98% wore Nike, Adidas, or Puma. The NRL comparatively isn’t as strong for the swoosh and three stripes, with only 38% share. If you add in the cat, those three brands add up to 57%. The big difference being the dominance of Asics here, with 43% share compared to less than 1% in Europe. That’s some sort of market inefficiency.

There are a few trends though when you delve into these numbers a bit closer. When breaking down players by their position, forwards still overwhelmingly prefer Asics (57%), while backs tend to wear Nike (41%). Only 25% of backs wear Asics, while just 13% of forwards wear Nike.

Puma has a much more even split, with 16% of forwards and 20% of backs wearing their boots. Adidas is also more likely to be worn by forwards, with 17% wearing the three stripes opposed to just 8% of backs.

Looking at colour distribution, it was a clear victory for predominately white boots at 51%, ahead of Other (36%) and traditional black boots being worn by just 13% of the NRL.

If you split out colourways by position as well, there’s not as much variation between forwards and backs. Both groups sat around 50% of players wearing white, while forwards were slightly more likely to wear majority black boots, and backs had a higher tendency to wear a non-traditional coloured boot.

Does this data look any different by team? Here’s the brand share breakdown by NRL clubs for Round 14.

Asics takes the top spot for most clubs, with as high as 60% of players at the Warriors. Only five clubs have the majority of their players wearing a brand other than Asics. South Sydney and Melbourne players are more likely to be wearing Puma, while the Gold Coast, St George, and Cronulla wear Nike more than any other brand.

Adidas has the higher affinity with Bulldogs players, where they have a 29% share of players, the highest in the league. They’ve got a bit of work to do with the Gold Coast, Parramatta, and the Warriors, where no player was sporting the three stripes in Round 14.

Looking at colour distribution by team, most are wearing white with a few exceptions.

Penrith have just a quarter of their team wearing white boots, with South Sydney, Wests Tigers, Canterbury, and Canberra the only other clubs with less than 50% wearing white. The Rabbitoh and Titans are the only clubs who have the majority of players wearing something other than predominately white or black boots.

The final thing to look is if age affects boot brand or colour choice?

For brand, Asics looks to be less popular as players age, with Puma a strong preference for players in their late 20s. Nike has a stronger connection with younger players than Puma though.

For colour choice, white tends to be a more popular pick for those in their late 20s, while black interestingly declines as players age, which would go against people becoming more traditional and conservative as they age.