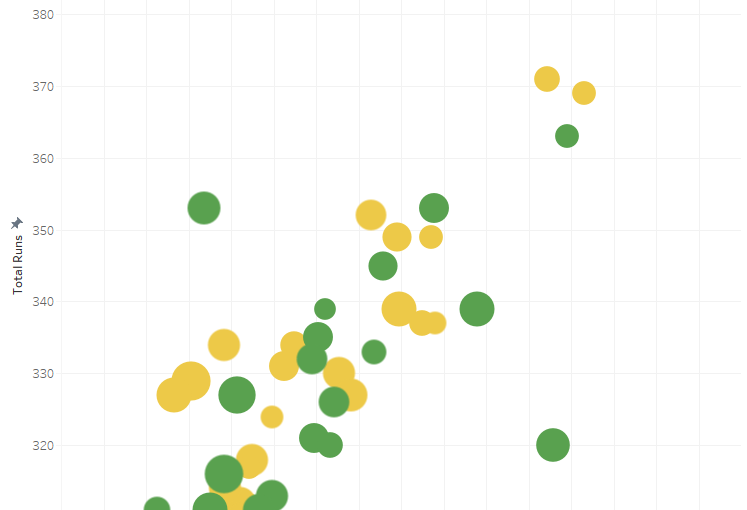 With three rounds and 24 games complete in season 2021, it’s becoming pretty clear what affect the new rule changes are having NRL this season. There are no dramatic shifts as we saw with the introduction of set restarts and reverting to one referee, but there are noticeable trends of what is (or isn’t happening).

I have mentioned condensed rugby league previously, where we’re seeing the same amount of rugby league shoehorned into a shorter period of time, and it’s looking increasingly apparent that is what we’re seeing in 2021. Whether or not you think that is a good thing is up for debate, but the fact it is happening is not.

From the above we can surmise that the year on year change hasn’t shifted that much from last week with an additional eight games, which leads me to believe that we’ve hit a substantial sample size. Any further additional data points will only reinforce these trends. If there’s any changes that aren’t in line I’ll be sure to bring them up in future posts.

Below is an update to the visualisation I’ve been using to check how 2021 (yellow) compares with 2020 (green) for comparable rounds relating to time in play versus number of runs per game, with data point size representing total points scored (bigger = more). It’s all very similar to last year, and hopefully for you the reader, the last time you’ll see this plot this season.

Changes such as the removal of stoppages for scrums and turning offside penalties into set restarts has seen a decrease in the total time to complete a game, even if it hasn’t seen an increase in time on the field.

Comparing Rounds 1&2 2021 to full year 2020 it is apparent that elapsed time has decreased by 2% (95 minutes v 97 last season). Here’s the slide from Graham Annesley’s briefing following round 2 showing this data.

Could the game actually be faster though? I don’t know for sure and without player level GPS data I couldn’t make that call. The players are saying it is and I’ll defer to them since they’re the ones on the field.

That’s why I’m focused on the pace of play – how often things are occurring, not how fast they are. Runs are still occurring at the same rate as previous seasons, around 5.9 per minute. These runs may or may not be faster than previous seasons, but not fast enough to see a higher incidence of runs per minute.

Which brings me back to elapsed time and the fatigue issue. Evidently elapsed time data hasn’t changed significantly over the past week because Annesley didn’t even mention it in his briefing this week.

Yet this data on Elapsed Time is where I believe the feeling of “faster” comes in for those observing the game, as the gaps between “stuff” happening has decreased. We’ve shaved 2-3 minutes off the total time of a game so far in 2021. The same rate of “stuff” is just happening over a shorter period of time, giving the illusion of speed increasing.

My conclusions from this haven’t really changed over the past few weeks. There isn’t more on field rugby league this season, and things aren’t occurring on field at a higher rate, although they may be happening faster according to players. There are slight changes in these metrics but nothing meaningful.

What is meaningful though is the drop in elapsed time, even if it doesn’t look like it. The result is asking elite athletes to push their bodies to the limits for the same amount of time with a reduction in the opportunities to recover. Two to three minutes out of 90+ may not sound like a lot, but if you’re going at near full speed for 40 minutes as most players on the field are, every instance of an extra 10-15 seconds of rest makes a notable difference.

Round 3 felt like a tipping point around fatigue with the number of injuries and concussions, even if the injury numbers aren’t that different from previous seasons.

That doesn’t make those that did happen any less meaningful or important though. Regardless, there may be serious long term issues this season in having players expend the same amounts of energy over a shorter time with fewer opportunities to recover. There’s an aesthetic issue as well. One of the beautiful things about this game is that it provided opportunities to breathe and take in what we’ve just witnessed, which in turn built anticipation for what might be to come next. Instead we’re being shuffled from one set of six to another without having time to process what just happened. Maybe that’s the idea behind set restarts and removal of scrums?

The NRL in 2021 feels like the players are being performance managed, having to perform at the same elite level whilst having their breaks removed and working through lunch. Was anyone really asking for Condensed Rugby League?

On the back of the above observation, there’s a number of statistics this season I’ve been paying close attention to in order to gauge how much fatigue might be influencing the game. These are the obvious ones that are affected decision making and reaction times, things that usually would suffer under extreme fatigue.

Firstly, I’ve included some of the more basic statistics like runs and tackles to provide context for these averages, as something like missed tackles increasing could be a factor of more tackles being made. It also shows that we’re not getting more football, with total sets and runs per half declining this year, further confirming Condensed Rugby League theory.

Below are the per game averages for some statistics that might indicate fatigue, compared year on year broken down by half.

Missed tackles are up quite significantly, with an extra 5.7 in the first half and 4.6 in the second half for a total of more than 10 extra missed tackles per game in 2021 so far, despite similar numbers of runs.

This results in Tackle Efficiency dropping as well from nearly 94% in the first half to 92%, and 92.5% in the second half to under 91%. Tackle Efficiency isn’t the best statistic to determine defensive ability, as it doesn’t take into account defensive positioning (you have to be attempting to make a tackle to miss one, the Bryce Carwright rule), but it does show that players attempting to make tackles are missing a greater percentage of them.

It’s early days but most of the above statistics are showing changes this season that could be indications of fatigue affecting performance, and it would be interesting to see if that was happening at the back ends of halves or was consistent throughout, but as I’m just using public data that question will have to remain unanswered for now.

Where did the penalties go?

I mentioned Graham Annesley’s post round briefings before, and one of the more interesting tables he showed was one concerning penalties per game, which can be seen below from Round 2.

If you’re of the “stoppages are evil” school of rugby league thinking, you’ll probably like these numbers. What I was more interested in was the changes in penalty and set restart counts.

Given these numbers, and that we have additional penalties in 2021 for breaking early from a scrum, am I to believe that players, suffering more from fatigue than ever, are infringing less in the ruck and offside less?

When I’ve suggested that restarts aren’t called consistently, one of the retorts has been that some referees are calling more in the first half as a way to set a tone early of what would be expected.

This season however we’re seeing fewer penalties and set restarts, despite the fatigued players. There were just 30 set restarts in first halves this weekend, and just 17 in second halves. That total of 47 is the second lowest round total since set restarts were introduced, only ahead of Round 4 last season before coaches worked out how to exploit these new rules. The rounds following rounds that total of 46 saw 75 and 83 restarts called.

Again, we’re seeing the lowest totals of set restarts despite them being awarded for more types of infringements. I don’t want to use the dreaded M word, but even Adam Gee this round called just two set restarts, both in the first half. Surely that is a sign that not all is well?